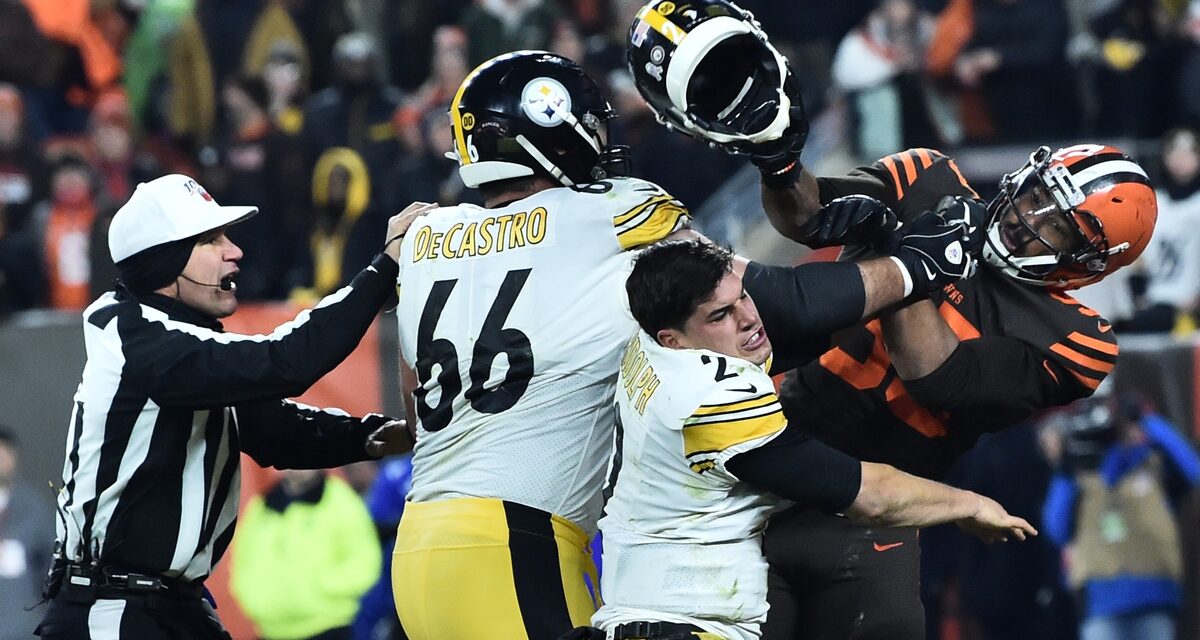 Thursday night’s game between the Steelers and Browns ended in utter chaos with players from both teams getting into a nasty brawl that saw one player use a helmet as a weapon. Bet you didn’t know, by the way, that this is now a category for online mobile casinos and that you can more than take advantage of some of the best gaming options as well as sportsbook gambling at Planet 7 Casino… who’d have thunkit. The NFL didn’t take long to dole out punishments for the incident, and the player at the center of it all got hit with the most severe punishment we’ve ever seen by the league.

Browns defensive end Myles Garrett, who bashed Steelers quarterback Mason Rudolph in the head with his own helmet, has been suspended for the rest of this season, including the playoffs should Cleveland make it, the league announced Friday. Garrett will also have to meet with the commissioner’s office before being reinstated in 2020.

Garrett’s suspension is the longest in NFL history for a single on-field incident.

Steelers center Maurkice Pouncey and Browns defensive tackle Larry Ogunjobi were also suspended for their roles in the melee. Pouncey, who retaliated by kicking and punching Garrett, received a three-game suspension, and Ogunjobi will miss one game for shoving Rudolph down to the ground during the altercation.

Additionally, the NFL fined the Steelers and Browns $250,000 each.

At the ripe old age of 42, Tom Brady is still playing quarterback at a high level in the NFL, and it doesn’t sound like the six-time Super Bowl champion is ready to hang up his cleats anytime soon.

Brady has said in the past that he’d like to play until he’s 45, but he might actually be a thinking a year or two longer than that based on discussions he’s had with his trainer.

“It all comes to commitment, really,” Brady’s longtime trainer, Alex Guerrero, said in a radio interview on WEEI Thursday. “No one thought you could play at the elite level in your late 30s, early 40s. That is something we always felt we could do. I have really wanted to be there to help him accomplish that goal. I certainly do believe that 45 is a very realistic goal.

It’s a well-known fact that Brady keeps himself in great shape, so it doesn’t come as a surprise to hear that he could play into his late 40s. The question is: Will he still be playing for the Patriots? There’s been talk that he could leave New England after this season, but we’ll have to wait and see about that.

After a long day of practice, all Tarik Cohen asks is that the towels in the locker room be placed within reach, and for a man of his small stature that means not putting them on the top shelf.

During an interview with Bears defensive lineman Nick Williams, Cohen, who stands just 5-foot-6, can be overheard complaining about towels in the locker room being placed too high, and it’s absolutely hilarious.

We sometimes forget that professional athletes have everyday problems just like the rest of us. For Cohen, his height can sometimes be an advantage on the football field, but it certainly doesn’t help when it comes to reaching for things that are high up. 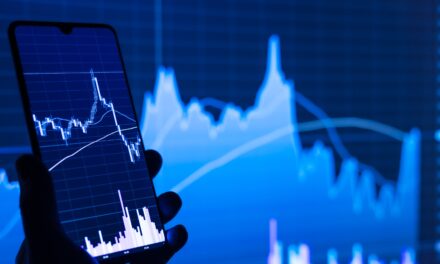 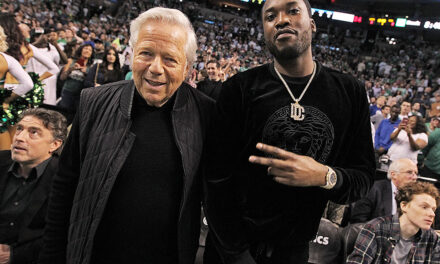 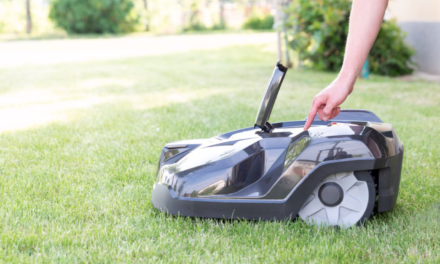 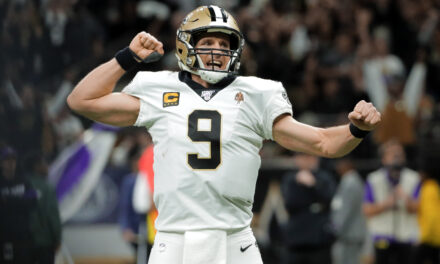